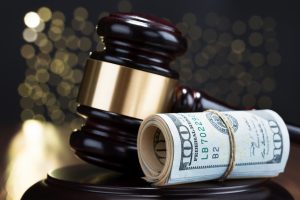 Hey, this is Ann Margaret Perkins with Perkins Law Firm.  Today I’m going to be talking about ball-parking the value of a personal injury case. Why would you ever want an attorney to ballpark the value of your case? Some people question whether it’s really worth their time to pursue a case. Also, I think people worry if the value is not significant enough will they pay an attorney for working on the case and then end up in the hole themselves?

So there are a couple of very good reasons you might want to ask an attorney to ballpark a case. Can it be done? Let’s back up and talk about what goes into valuing a case: evidence. Evidence about injuries, medical bills (past and future), lost wages, (past and future), disability, and the potential of fault of all of the parties. The form that evidence usually comes in are medical records, medical bills, documentation of wage loss from your employer, tax returns, doctors’ opinions as to disability and future treatment, and that may be a narrative from the doctor, in addition to medical records. So if you have all the evidence that’s necessary to value a case, yes, it can be ballparked but not at an initial consultation. Just to review the evidence and do a reasonable job ball-parking is going to take many hours not minutes.

I had someone last year who had hired another attorney out of town and wasn’t happy so they terminated that attorney and came to me. They had medical records and bills. They didn’t have any wage loss. And their question was, “Would you be willing to take this case?” I said, “Well I’m going to look at it and see the value of it and if it makes sense for you to pay me to do that.” So I took the records and bills and reviewed those. The records raised the question of whether this person had a permanent disability. For that, we needed a doctor’s opinion. So I had to tell him I was not able to ballpark his case accurately without that. Even though he brought me what he thought was everything necessary to value it, and the attorney who was handling this case before had in fact been talking to the insurance company about settling it based on only that information, I didn’t feel a proper value could be put on it without additional evidence.  I was able to tell him based on what I’d seen, I think it’s worth at least X amount of dollars but it could be worth more depending on what the doctor says. Just to finish that story for you, I talked to the doctor and got a narrative report and was able to get the case wrapped up for three times what the other attorney had gotten offered. So the key to ball-parking anything is evidence. And you never know if you’ve got everything you need until you look at it.

The danger to the client in waiting until you have all of that information to bring into an attorney’s office is that by that time, you’ve probably talked to the insurer. They have at least been calling and wanting to talk to you, and most people will talk to them. It may be you may talk to them a little or a lot, but you would be surprised how even very few and limited conversations can be very negative in terms of the impact they have on your case. It may be that witnesses are going to be important because they, too, provide evidence. They may be harder or impossible to find with the passage of time. And other evidence that could be helpful, like physical evidence at the scene, may also disappeared. So there are real dangers in waiting around to get everything you need to take to an attorney.

Because an attorney can’t give you a ballpark idea of what your case is worth accurately early on, doesn’t mean that you need to wait to call. Even if they can’t give you a ballpark value, they can give you important information that would include how to avoid pitfalls that can come with delaying getting an attorney involved and maybe help you avoid some problems. For people who want to gather that evidence themselves, gathering that evidence is really a big part of what an attorney does. Let them do that so it’s done well. You’re going to pay a personal injury attorney a contingency; so, it’s not going to cost you a penny more to have them do that work for you.

I am happy to talk with you about your personal injury or wrongful death case, and I’ll give you any information I can about it. And if I tell you I can’t ballpark value, I hope that now you understand a little better why that’s the case. Our phone number is 770-834-2083. Or you can contact us by visiting our website which is injuryispersonal.com. Thanks for listening.

I would be very proud to recommend your firm to anyone like me that did not know which way to turn for help. You are the best!