How Do You Legally Prove Who Was At Fault for an Automobile Wreck? 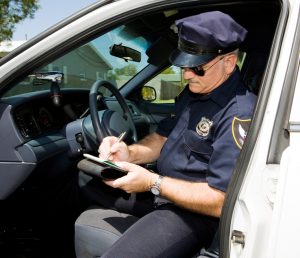 Hi I’m Ann Margaret Perkins with Perkins law firm and today I am going to be discussing how you legally prove who was at fault for an automobile wreck.

If a person receives a ticket for a violation of a traffic law, that does not make the person legally at fault. It’s true a ticket may be evidence against a person, if they plead guilty or nolo contendere, but unless and until that happens, a ticket is only an allegation by a police officer that a traffic law was violated.  So who does decide who’s legally at fault for a wreck?

It is ultimately a decision for a jury or a judge, if the case is being tried. But most of the time it’s an issue to be decided by your attorney and the insurance adjuster (if suit has not been filed) or the other side’s attorney (if suit has been filed). Frequently the parties are able to agree legal fault. And that’s because people can usually look at the evidence in the case and have a pretty good idea about what a judge or a jury would do if they make the decision.

Sometimes there is more than one defendant at fault. Most of the time the parties, judge or jury decide the percentage fault of each defendant, and each pays that percentage of plaintiff’s damages.

What I found over the years is that in many cases our investigation can be critical to proving fault. That is why have investigators get statements from the drivers and witnesses; do a scene investigation; and document damage to vehicles. Each of those things may help us make an independent determination about fault that may be consistent or inconsistent with what’s on the police report. Good shoe leather work on the part of investigators helps us to make sure that we get the evidence necessary to prove our case.

A situation I had early in my career is a prime example of this. I represented a man who was walking down the side of the road. He was walking the same direction as traffic. You’re supposed to walk facing traffic, but he wasn’t. He was walking home from work and a tractor-trailer hauling a load of sheet metal drove past my client. The driver had not secured the sheet metal sufficiently, and a piece had slid out from under the tie downs and was sticking out over the edge of that trailer several feet. When that tractor-trailer passed my client, the piece of sheet metal hit my client directly in the back of his left leg. Amazingly it did not cut his leg off, but it did rip his hamstring in two. The client hired us relatively quickly after that happened, and the first thing we did was have an investigator go out to the scene and look to see if there was any evidence at all that he could find. What he found on the side of the road was the piece of sheet metal that had hit my client. He secured that, brought it back to us, and it was very important evidence that we were able to use in establishing fault in that case and getting the client the recovery that he deserved.

There was a police report in that case, but the officer did not make a determination of fault since he didn’t locate the evidence. It was our investigation that turned up the evidence that mattered.

If you are involved in a wreck and don’t think the police report is accurate, you shouldn’t accept what’s on the report. If you get a ticket and you don’t think it’s proper, you can and should challenge that ticket in court. In either of these circumstances contact an attorney early on so she can conduct an investigation and help you challenge the ticket.

I hope this has helped. I’m happy to talk to you about this or any other aspect of your personal injury or wrongful death claim. My number is 770-834-2083 and our website is injuryispersonal.com. You can contact me through that too. Thanks.

I always felt like our case was a top priority. Ms. Perkins and her staff were always respectful, concerned, courteous, and helpful.