Importance of Notice to an Uninsured Motorist Insurance Carrier 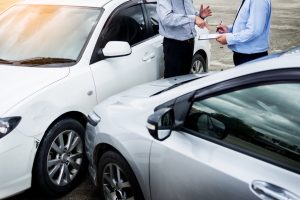 This is Ann Margaret Perkins with Perkins Law Firm and today I’m going to be talking about the critical importance of notice to an uninsured motorist insurance carrier. Starting with the case of Manzi v. Cotton States which was decided in 2000, there has been a significant increase in the number of UM (uninsured motorist) insurers putting shorter and stricter notice provisions in their policies. Those provisions provide that a person wanting to access UM coverage under that policy has an obligation to provide certain notice about any kind of accident within a certain period of time. And failure to do that, according to Manzi and other decisions that have followed, will allow an insurer to avoid coverage entirely.

On January 5th, 2018 the Court of Appeals issued yet another decision allowing a UM insurer to avoid paying its insured. In that case, Georgia Farm Bureau was the UM carrier involved, and it had a 90-day notice provision in its policy which provided, “We must be notified promptly when the insured becomes aware that a loss has occurred. But in no event later than 90 days from the date the accident or loss becomes known by the insured of how, when, and where the accident or loss happened. Notice should also include the names and addresses of any injured persons and of any witnesses.” Unfortunately, the plaintiff in that case did not notify Farm Bureau about the accident until approximately six months after it occurred. Even though that extra three months, between the 90 days notice was required under the policy and the six months when the plaintiff did notify Farm Bureau of the accident, didn’t harm Farm Bureau in any way, the Court of Appeals determined that the plaintiff lost access to the UM coverage under that policy. Where the insurer makes notice, what is called a precedent condition, to coverage, you have to do that thing before your coverage kicks in. Your failure to do that – provide notice – means you have no UM coverage.

There have been lots of cases since 2000 where insureds had very legitimate excuses for delay in notifying their carrier about an accident. Unfortunately, courts don’t usually allow that to change the outcome. In fact, in this case that was decided on January the 5th of this year, the court said, “And in this case any claim that the plaintiffs were unaware that they might need to utilize their UM coverage until some point after the accident occurred provides no excuse. Indeed the law requires more than just ignorance or even misplaced confidence to avoid the terms of a valid contract.”

This is pretty harsh stuff. You’ve bought certain coverage; you’ve paid the premium for it; but your failure to comply with a very short notice provision in the policy means that you don’t get to access that coverage.

Most of us don’t read our policies. Agents don’t tend to go over all the requirements that are in a policy. So odds are most people don’t even know that there’s a notice provision in their policy. For sure most people are not out reading cases like the one I just discussed and aren’t aware that those notice provisions can mean that you don’t get to access that coverage at all. These sorts of provisions in insurance policies are a very important reason that you need to get an attorney involved in your personal injury case as soon as possible after it happens. You may think that you’re going to save money by not hiring an attorney and paying her a percentage of what you recover, but you may actually lose more than you would ever save.

I’ll give you an example of a case recently where, thankfully, the people came to us just in time. Georgia Farm Bureau was their UM carrier. The injured person was riding on an all-terrain vehicle, was hit by a car. It never occurred to them that their UM might come into play. Well, the person driving the car only had $25,000 in coverage. Our client had $125,000 in UM coverage. We were able to put the UM carrier on notice and recover for them not only the $25,000 in liability coverage but also their UM coverage. They came to see us 60 days after the wreck. Had they waited 30 more days they would have lost over $100,000 dollars in recovery.

So don’t be penny-wise and pound-foolish. Pick up the phone and call us and talk to us about your case early enough that you can avoid any kind of problems like these folks that are losing access to their UM coverage. If you want to talk to us about your UM claim or any personal injury or wrongful death claim, feel free to give me a call. My number is 770-834-2083 or visit our website injuryispersonal.com and fill out a contact form and we’ll get back in touch with you and discuss your case. Thanks so much for listening.

Perkins Law Firm made a bad situation unstressful and did it with compassion and expertise.