Does Hiring A Lawyer Really Cost You More? 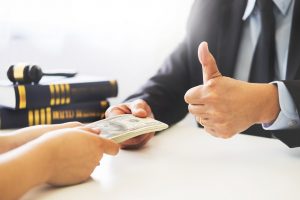 This is Ann Margaret Perkins with Perkins Law Firm. I’ve had several conversations with people recently who told me that the insurance adjuster told them they shouldn’t talk with an attorney since the insurance company wasn’t going to pay any more if they hired an attorney. So, hiring an attorney would only serve to cost the client more money. I say to those folks, “Well what do you think the reason is that the adjuster is telling you that? Because they care about you?” And the clients says, “No, I know they don’t care about me.” And I say, “Because you think they care about you getting the best recovery you can?”  And the client says, “No of course not. They want to save money on my claim.” There’s one reason why insurance companies teach adjusters to try to keep claimants away from attorneys. And that is because if you hire the right attorney, it’s likely to cost them more money.

I have to agree with the insurance companies that hiring some attorneys will cost you money. If you hire someone who has a case manager who gets your medical records and bills and sends them to the insurance company and recommends that you take whatever the highest offer is that the insurer makes, that lawyer is not adding value to your case. But an attorney who knows how to maximize your recovery and then works hard to make that happen does increase your recovery.

When I consult with a potential client, if I don’t believe that I can increase that person’s net recovery, I tell them that. But probably 80% of the time I look at a case and I can see things about it that I know allow me, with my experience and education, to make a positive difference in what is paid on a claim.

Here are a few examples of things that adjusters tell untruths about in claims handling with unrepresented claimants. I’m able to call them on it when they say these things to me, but an unrepresented person may not.

Insurance companies are making tremendous profits. In 2017 State Farm had revenues of 78.3 billion dollars. Insurance companies almost always make tremendous profits, and the way they do that is by keeping their money, not paying you yours. So when an adjuster tells you something like hiring a lawyer is not going to make them pay any more, you need to question that. They don’t make 78.3 billion dollars by worrying about you. I hope this has been helpful. If I can ever help you with a personal injury claim, I’m certainly happy to do so. My number is 770-834-2083. You can check us out on our website injuryispersonal.com. Thanks for listening.

I would be very proud to recommend your firm to anyone like me that did not know which way to turn for help. You are the best!