Can I get compensation for my injuries if my physical limitations made the accident more likely or made my injuries worse? 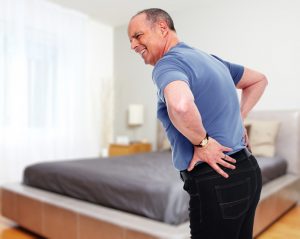 This is Ann Margaret Perkins with Perkins Law Firm. Today I’m going to be talking about how a person’s physical limitations that pre-exist an injury may or may not affect your recovery.

The other way that a person’s pre-existing physical limitations may impact their recovery is if the wreck or fall or whatever aggravated that pre-existing condition. Having a pre-existing condition does not mean you can’t recover for an aggravation. In the law’s eyes, every person who causes injury takes their victim as they find them. The example that we’re taught in law school is the eggshell plaintiff, which means basically someone who is very brittle and easy to injure because of preexisting conditions. If that person is in an automobile wreck and because of their preexisting conditions, they suffer more than a perfectly healthy person, they still get to recover for whatever injury was caused to them. If their pre-existing condition was aggravated, they can recover for the aggravation. An example I see many times involves a person who has what is called degenerative joint disease or degenerative disc disease of the spine. Over time as we age our joints deteriorate somewhat. The cartilage in between joints will change over time, maybe the bones of those joints change and become a little arthritic, the discs in our spine change and or become a little less elastic. Those conditions are called degenerative joint disease or degenerative disc disease. Sometimes those can cause pain and perhaps even require some treatment. So let’s say a person has degenerative disc disease before they’re involved in a wreck, and they do have to have some treatment but the doctor is able to give them some anti-inflammatory medications and that keeps them going. They’re able to pretty much do what they want to as long as they take that medicine. Then they’re in a wreck. Their level of pain is increased after the wreck and instead of just being able to get by with some prescription medication, now they’re having to have epidural steroid injections or nerve blocks or some sort of additional treatment. Maybe their medication has to be increased or taken more frequently or changed to a more potent medication. In that event, the person will be entitled to recover to the extent that their condition was worsened by the wreck.

Another example would be someone like a veteran who came back from the Iraq war and was suffering from post-traumatic stress disorder. Maybe they only experienced that in crowds before they were in a wreck; they never had a post-traumatic stress event when they were in their car. But after a car wreck, they begin to experience those events in cars. They would be entitled to recover for the aggravation of their preexisting condition, whatever that aggravation is.

I hope this is helpful information for you. If you have any questions about this or any other aspect of personal injury or wrongful death claims. I’m certainly happy to talk to you. My number is 770-834-2083. You can also go to our website injuryispersonal.com and fill out a contact form to set up a time to talk.

I always felt like our case was a top priority. Ms. Perkins and her staff were always respectful, concerned, courteous, and helpful.